The day after I went to the Ghibli Museum I was on my way to Kyoto. Unfortunately, I wasn’t going for fun, but for work instead. While I was there I met up with some of my colleagues, worked during the day, and then we all went out for dinner. We had some lovely sashimi, and then went to a 立ち飲み屋 (tachinomiya) – standing bar – afterwards. I’m not sure whether or not standing bars exist in Europe, but it was quite an interesting experience. The bar was quite small and narrow. There was only enough space for customers to stand about one person deep, and as the name suggests, there are no seats of course. Tachinomiya often also serve tapas like food, and the drinks are generally cheap. As it’s such a small space, it’s a great way to meet and talk to new people. So as well as izakaya, for a taste of Japanese night life experience, be sure to try a tachinomiya too!

The next day, I was already on my way to Osaka. I would have liked to do some more sight seeing in Kyoto, but at least I covered quite a lot of it last time I went. In Osaka I went to visit my friend who I’ve known since we were about 10 years old. We had my favourite, takoyaki, for lunch.

I had been waiting till I got to Osaka to have some, and I definitely wasn’t disappointed. Another famous dish in Osaka, which foreigners are less familiar with, is 串かつ (kushikatsu). Kushikatsu is deep fried meat, fish or vegetable on skewers. (Kushi (串) in Japanese means skewers, and you’ll notice the kanji for that actually does look like food on skewers!) There’s a chain in Osaka called Daruma that serves these. One of the Daruma restaurants however is a bit more special. Firstly, you can place your orders using a touch screen on your table. The menu even comes in different languages, which can be very amusing if you’re with Japanese friends as you try to figure out what the different foods are (we were lost on globefish, and had to switch back to Japanese. Turns out it was fugu ^ ^). Once you’ve placed your order, the food gets delivered to you via a train track that runs through the restaurant. As you can imagine I was absolutely amused and enthralled by this! And each seat was also the name of a station. 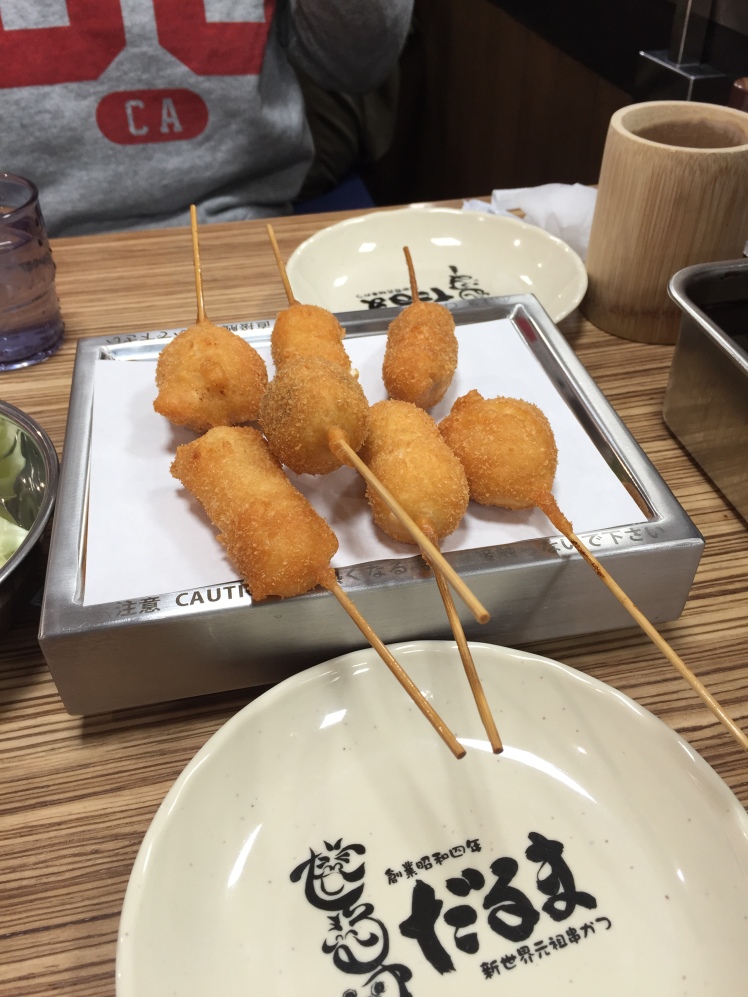 Of course I didn’t just spend my time eating in Osaka (although there was a lot of that). I also visited 大坂城 – Osaka Castle. Many people will tell you that Osaka Castle is not the most interesting of castles in Japan. Although the exterior looks quite impressive, the interior is simply a museum. So if you’re looking to experience the feel of a real castle, this may not be the best choice. It still offers you some nice views of Osaka though. 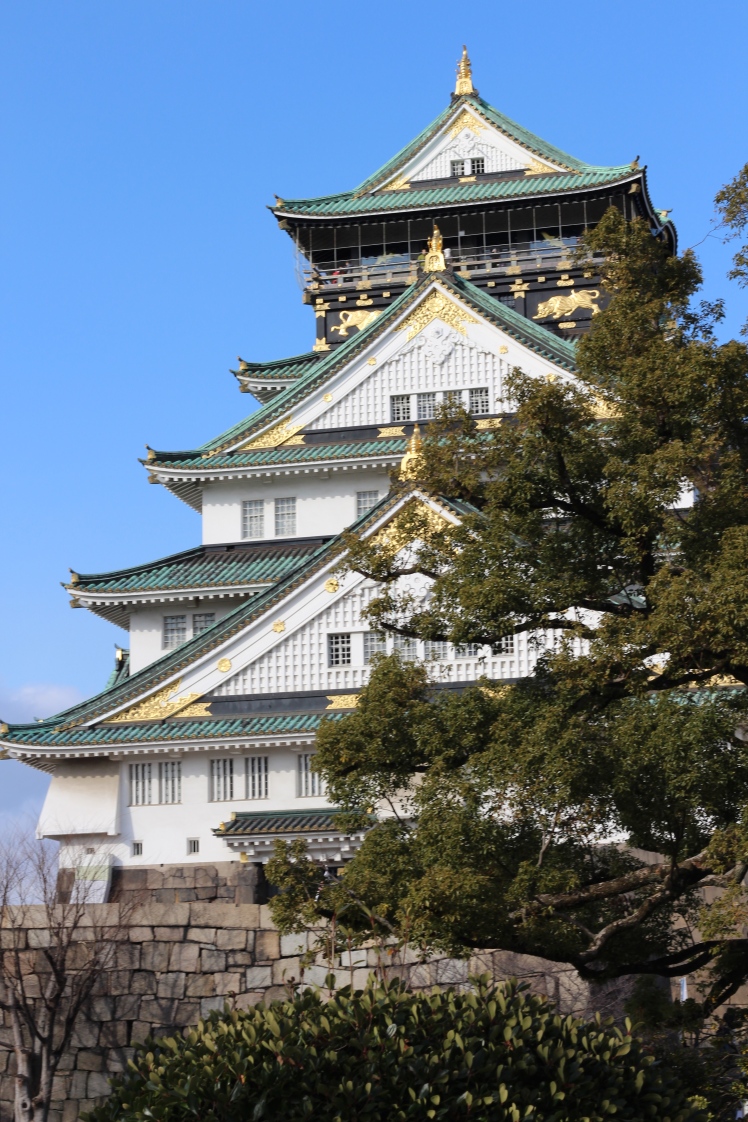 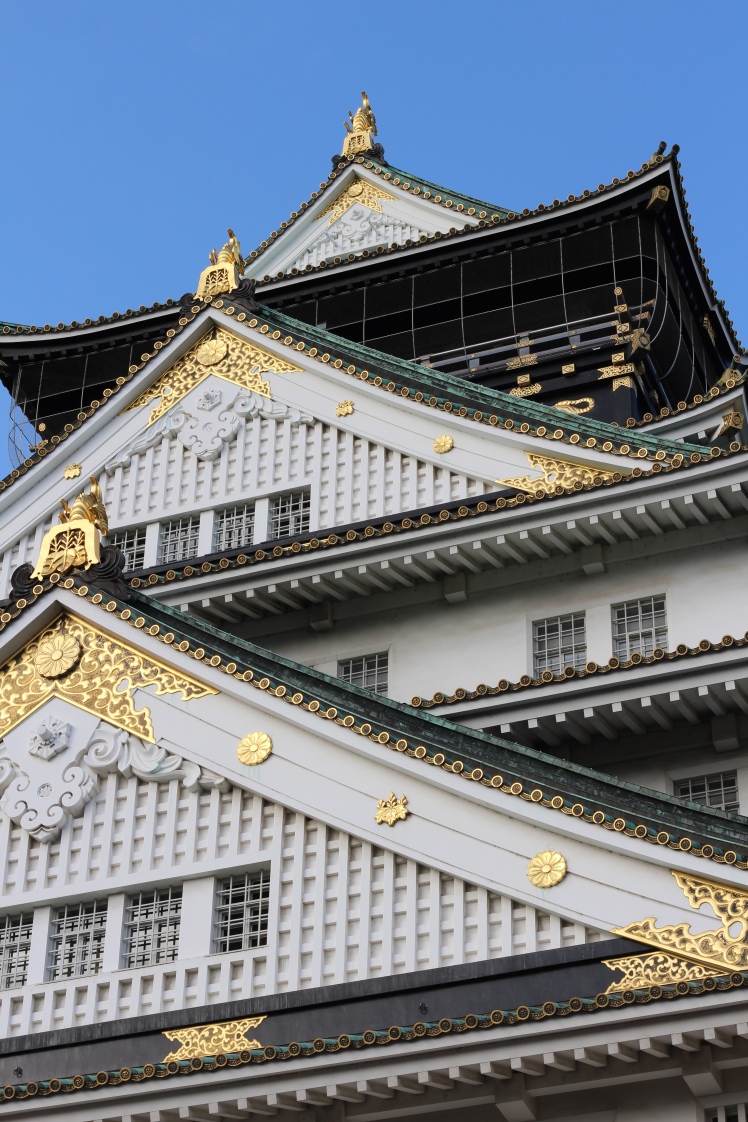 The next day, I decided to do a quick stop to Kinosaki before returning to Tokyo. Kinosaki is famous onsen resort town in Kansai. You’ll find several natural onsen and foot baths all around the small town. The town is also famous for crabs, which I only discovered after I arrived and noticed all the crab themed objects all around. So of course I had crab for lunch ^ ^

I would have loved to visit Kinosaki in the evening, because that’s when everyone who stays at a ryokan walks around in their yukata and geta, giving the whole town a more traditional atmosphere.

I then went back on Tokyo for the main event: my friend’s wedding. But I’ll talk about that in a separate post. The day after the wedding, it was back to Kansai. This time, Himeji! I had never been to Himeji, and was quite looking forward to visiting Himeji castle, said to be Japan’s most spectacular castle, and a UNESCO world heritage site. Unlike other Japanese castles, Himeji has never once been destroyed. It stands in its original form unaffected by earthquakes, wars or fires. Like many other Japanese constructions however, the castle does go under renovation every now and then. Himeji castle has been worked on since 2010 and will finally be fully opened in March of this year! Unfortunately this means I wasn’t able to visit the whole castle, but we still walked around the grounds and the main keep.

Right next to Himeji is 好古園 (koukoen), a very beautiful garden I absolute recommend visiting. 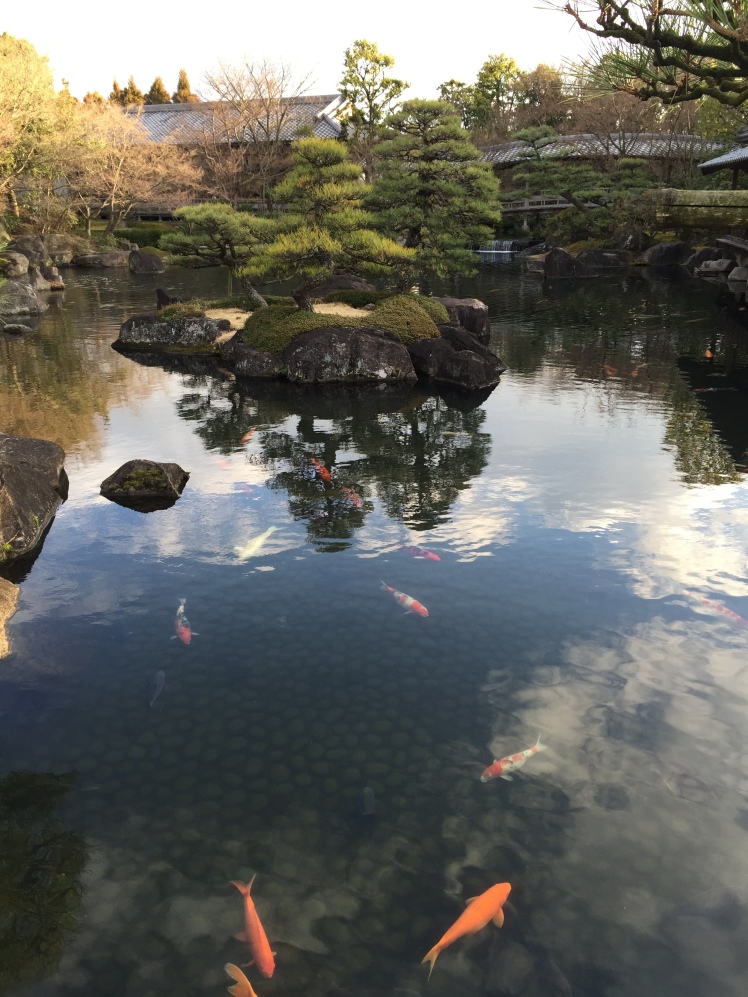 Food wise, kamaboko ( a sort of fish cake) is quite popular in the area. So my friend took me to a kamaboko factory, which also had a shop that sold freshly made ones. We had many different types, and they were all super delicious. 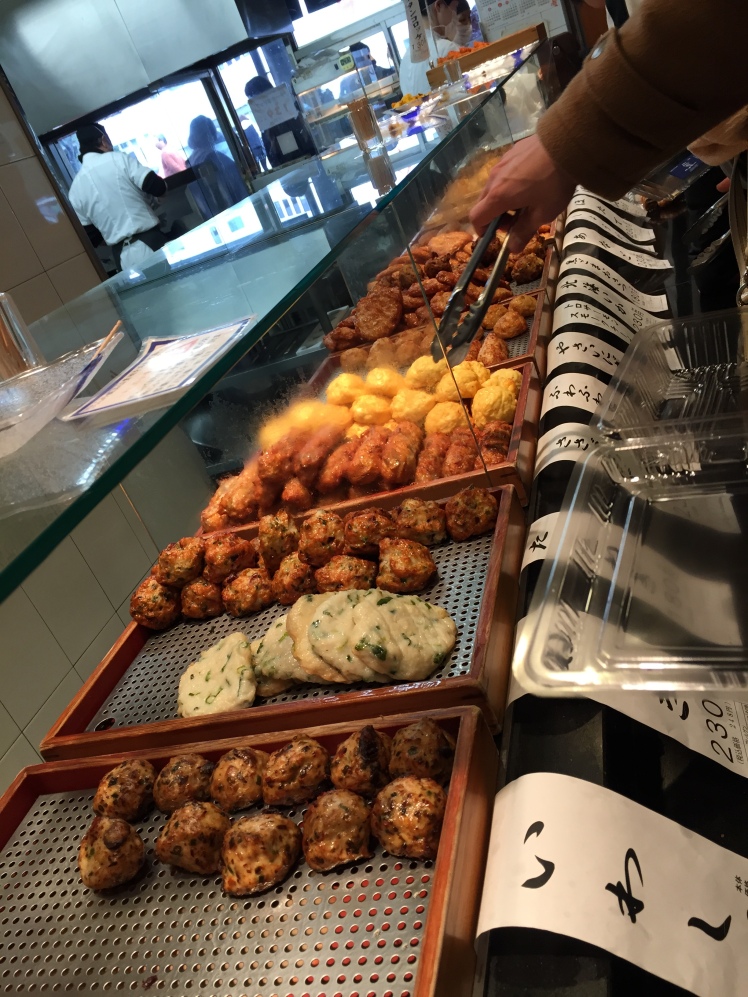 In the evening we observed setsubun traditions and ate ehomaki. i’ll be honest, after all those kamaboko, I really struggled to eat this long sushi type roll.

The next day we went to Kobe. The first thing we did was have lunch at the Red Rock. This place was very popular and there was even a queue outside the restaurant to get in. After you’ve eaten there you’ll understand why :p Kobe beef is renowned for its flavour and tenderness, and i can assure you it definitely is!

After lunch we walked around the town. Kobe is a very interesting city, as it was one of the first places to be open to trade many foreign residences from that period still remain.

We finished our day in Kobe by heading off to the harbour, and that was it for my adventures in Kansai… 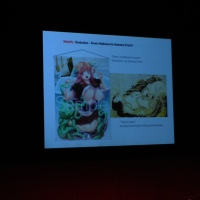